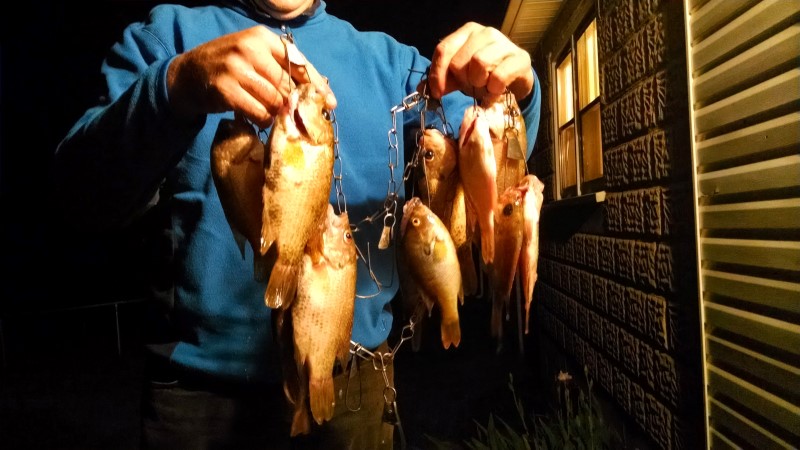 On May 9, Elijah and I took the boat out on the Juniata River for the first time this year. Normally we’d have gone out sooner, but the long and cold winter this year delayed the start of productive fishing this spring. Elijah had gone out a few days earlier and had reported that the bite was starting to pick up, so we decided it was time.

The forecast called for possible showers and thunderstorms, but the water level was perfect for the spot we hoped to fish, so we took the  chance on the weather.

This was my first time fishing since I made a few upgrades to my boat last fall.  The first was to fix the transom and add a trolling motor.  I choose the Minn Kota Endura C2 30, which was the smallest and least expensive Minn Kota I could find.  For a 12 ft. row boat, I figured we didn’t need a lot of power.  I was very pleased with the performance of the motor.  It sure was a whole lot easier than rowing upstream.

I also rigged up a makeshift camera mount for the front of the boat using an aluminum tube I had laying around.  Unfortunately, it didn’t perform all that well.  The whole thing wasn’t sturdy enough and sometimes would sway back and forth, making for some low quality video.

However, there was no disappointment in the fishing.   A few seconds after Elijah tossed his line in the water for the first time, he pulled out the first fish – the first of the 50 he caught in a span of about two and a half hours.    For gear, he was using a purple rod and reel combo that looked like a dollar store special.   To his main line he tied a snap swivel and then used a pre-snelled leader with a size six hook.   He used pieces of nightcrawler for bait.

I started out the evening using a fly rod and a black woolly bugger.  After Elijah had caught about ten fish to my one or two, I decided to get serious and I switch over to my spinning reel.   However,   it wasn’t enough to keep pace with Elijah and his dollar store special.  By the time he caught his daily limit of 50, I only managed about 20 of which I took home the 12 largest ones.

Almost all the fish we caught were rock bass with a few bluegill and white perch mixed in.

I was able to get some footage in spite of the problems with my camera mount.  If I’m able to put together a decent video I’ll post it on YouTube and add it to this post on a later date.  Until then, you can watch the video I made last year of fishing at the same location. 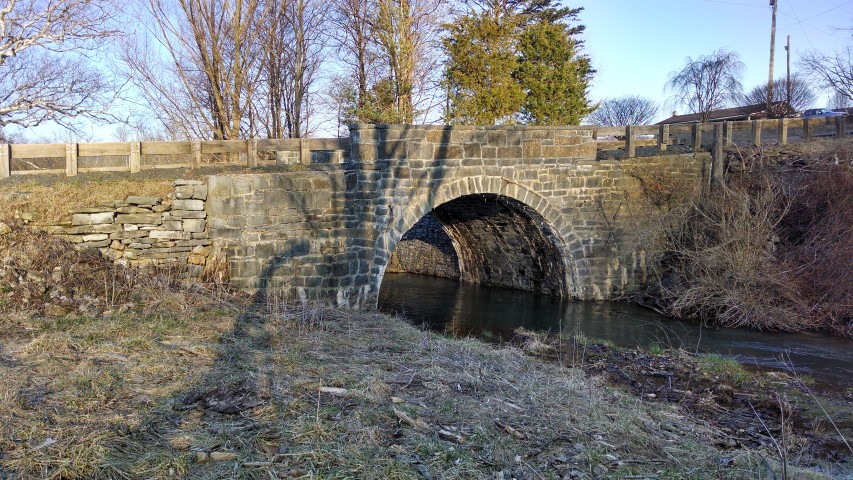 A visit to the fish hatchery 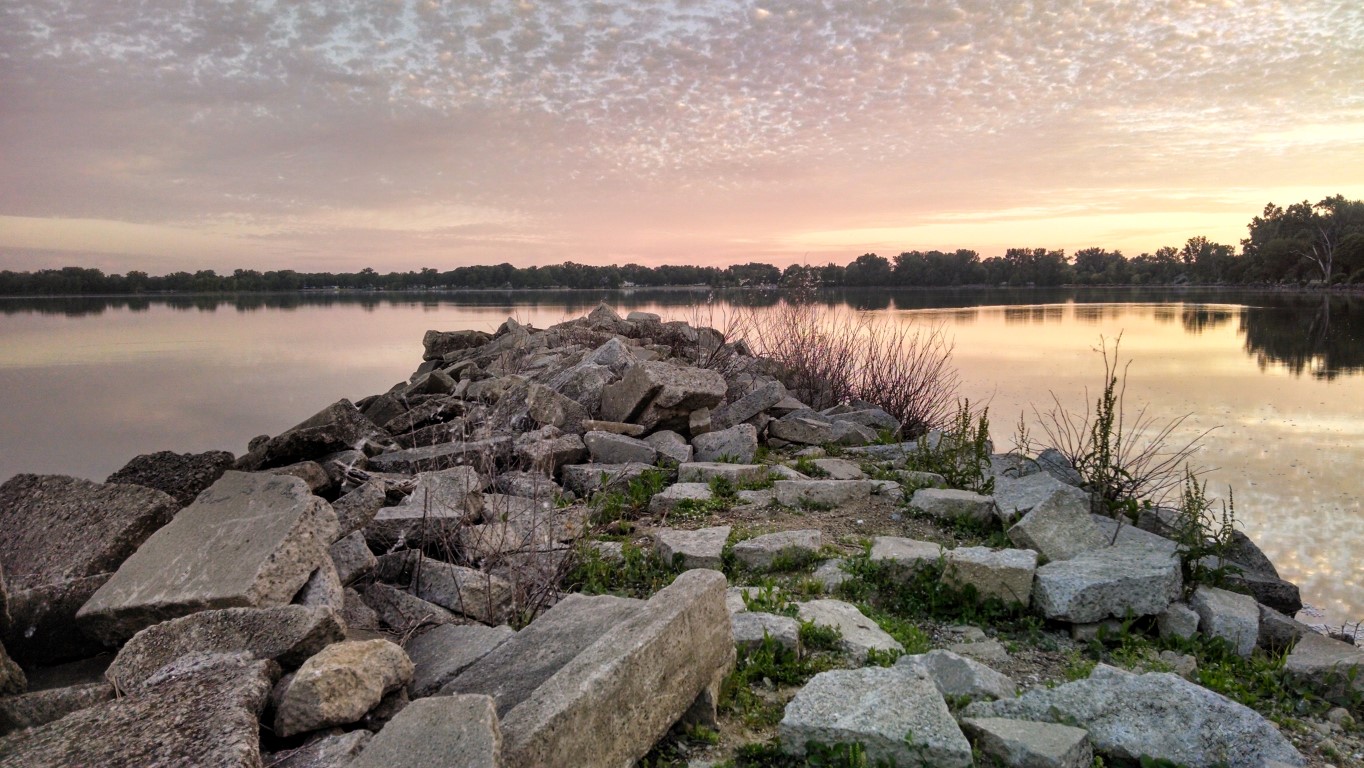 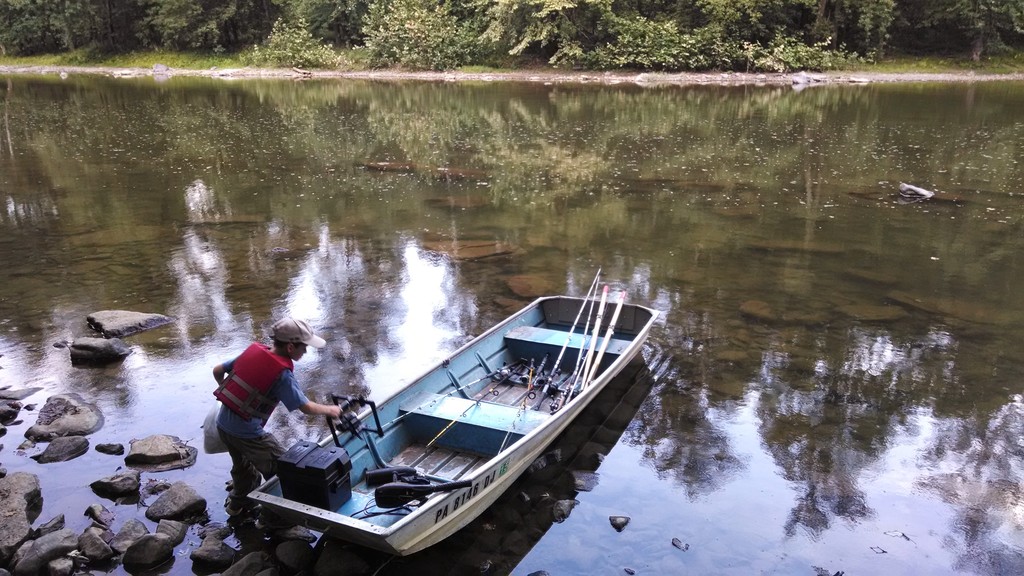 Landry hauls in a big catfish