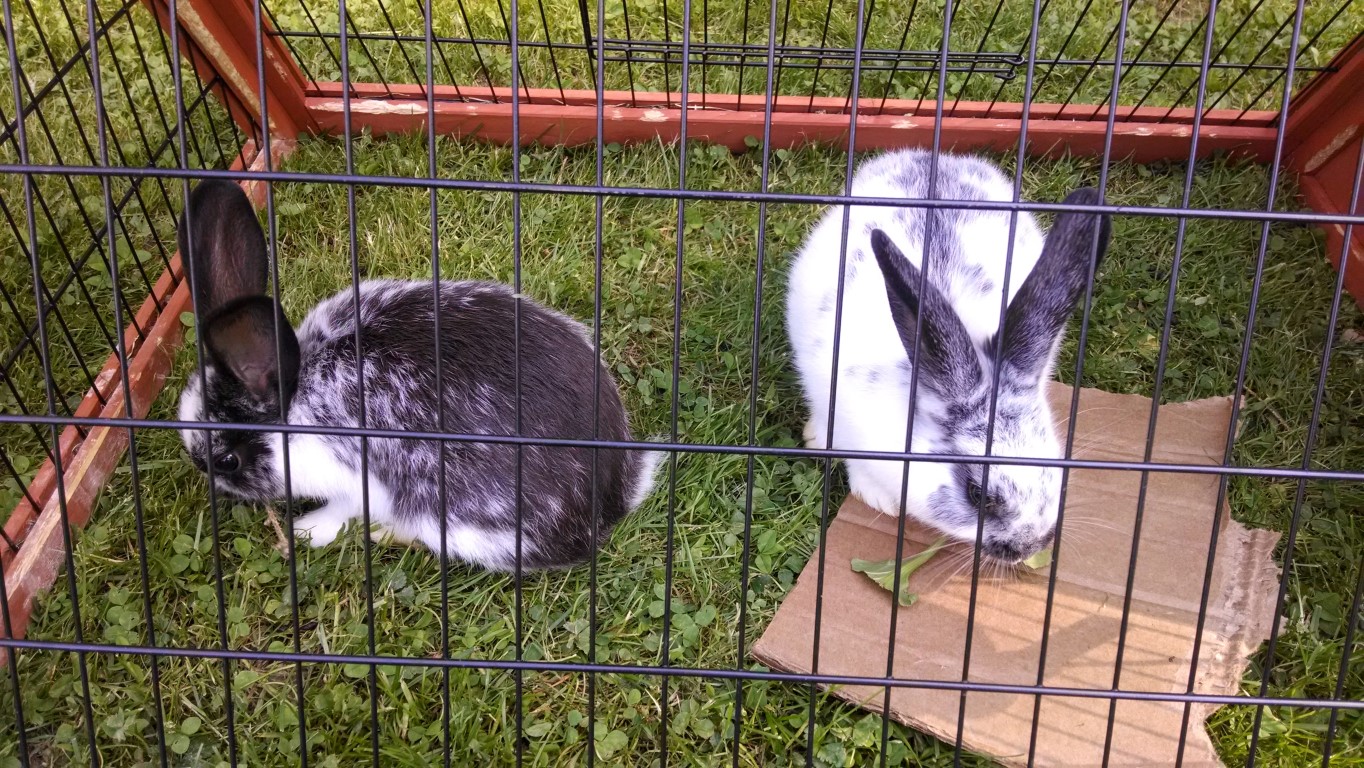 Even though I have produced several videos on the topic of raising meat rabbits, somehow I’ve managed to wait an entire year before finally writing my first blog post about them.

Somewhere around the beginning of May 2014, I purchased two meat rabbits, a buck and a doe, from a friend of ours.   We received them just after they had been weaned from their mother at about six weeks of age.   I started them out in a

I got at my local Agway.  A few weeks later when it was time to separate them I built a wooden hutch for the buck and left the doe in the hutch I purchased.  Later on, I built a larger hutch for the doe to give her more space to move around.

The first problem I had was that I didn’t know what breed the rabbits were.  Even after a visit to the rabbit barn of the local fair and doing search on-line, I couldn’t find a rabbit that completely matched.  A few weeks after posting a video on YouTube asking for help identifying the breed, somebody suggested that they were Broken Black New Zealands.   A quick Google search confirmed that this was correct – the photos matched perfectly.

[youtube_link id=”aNflEpcXt-I” align=”right”]Our doe had her first little of kits (baby rabbits) near the end of November.  I was a little pessimistic that everything would go well.  For one thing, I had talked to others who had problems with mothers cannibalizing or rejecting their offspring.  I had also read that a person wanting rabbits for reproduction should purchase quality breeding stock, not just some rabbits destined for the auction as mine were.   Yet the doe did remarkably well.   On day 27 after she had been bred, I placed a nest box into the cage, and she immediately went to work preparing it for her kits.  On day 31, five healthy baby rabbits were born.

[youtube_link id=”gkKnJ2GXC6U” align=”right”] Out of that first litter, I kept a doe to increase my production and butchered the other four at 10 weeks.    On January 30th she had a second litter of 13 kits.  One of the kits didn’t thrive and died after about two weeks, but the others did well.  This is in spite of the fact that we had a cold February with many days below freezing and many nights below O degrees Fahrenheit. During the winter the rabbits were kept in 30×30 metal cages located in a non-insulated shed.  I recorded a video showing my set-up.

I’ll be sharing more about my rabbits in the future.  In the meantime, check out the videos and ask any questions you have. 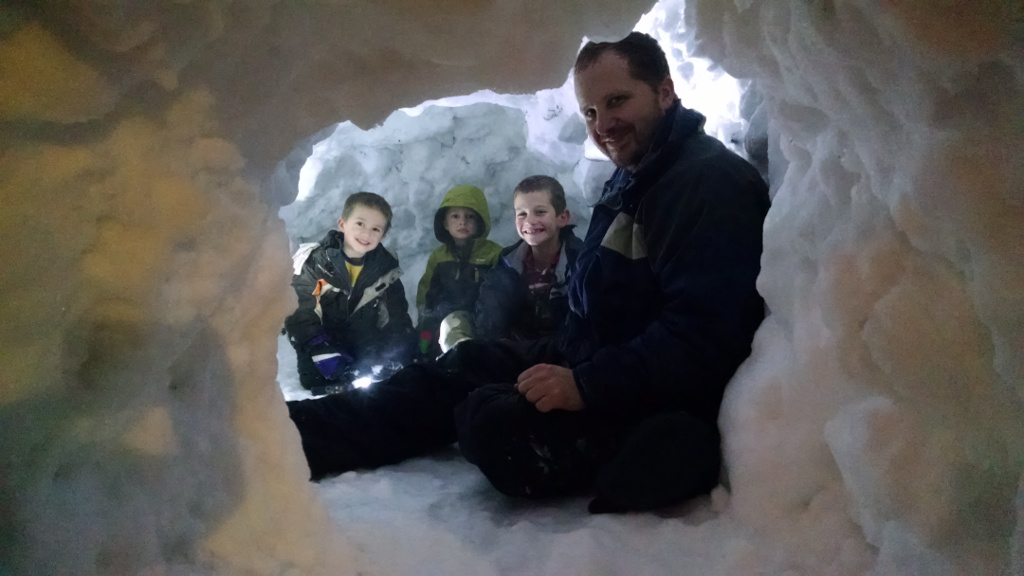 A Night in the Igloo