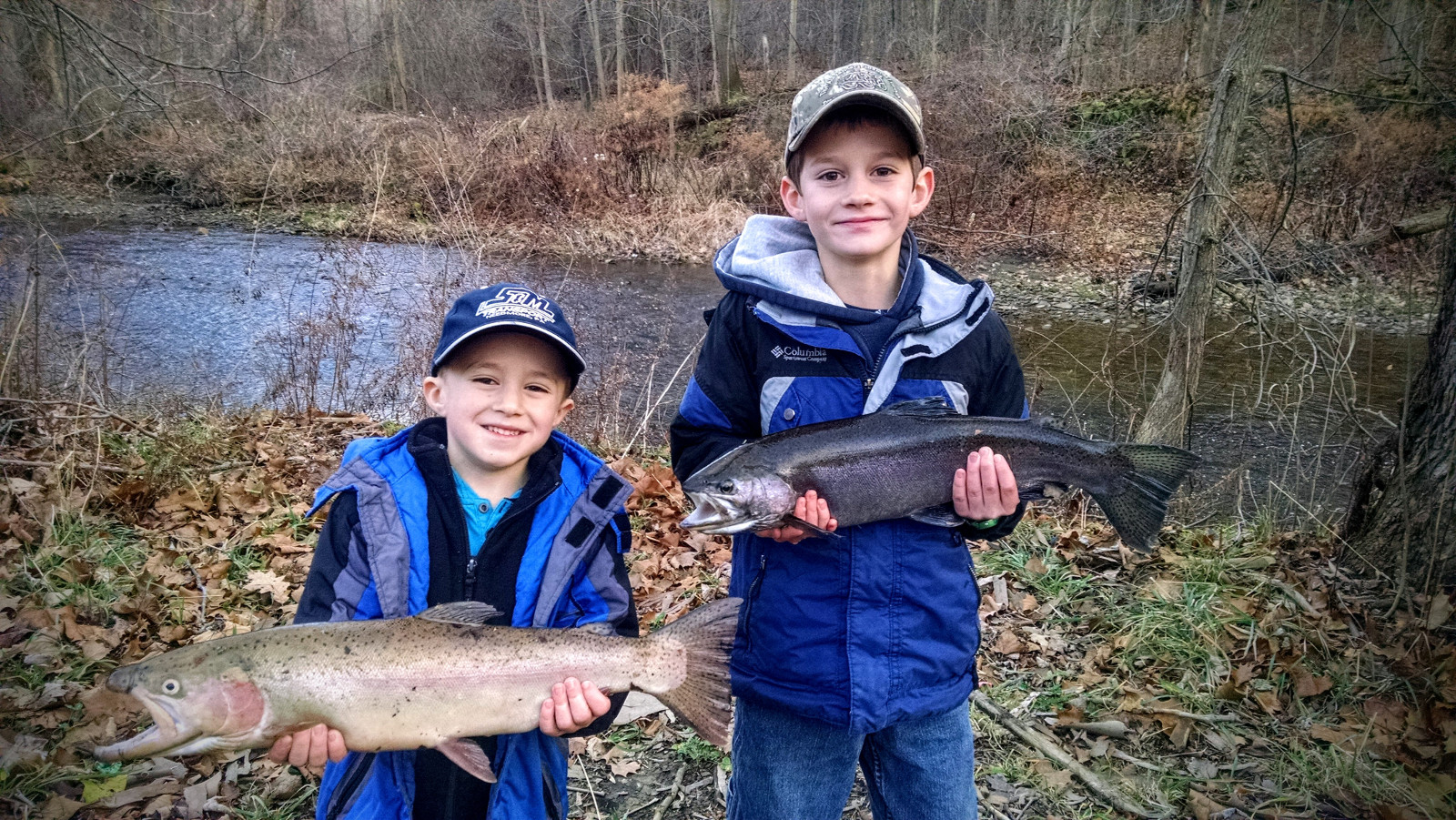 Each of the past two years I have traveled to Erie, PA with some fishing buddies to fish for steelhead.  This year, Crystal and I decided to change things up a little and take the whole family.  We have three sons ages four, six, and eight who love to fish; and I wanted them to have  chance to hook into a steelhead.  I went into this knowing that it would be challenging.  Steelhead fishing is something that can require a good bit of patience.  I’ve fished as long as two days straight without catching anything, and with the family along I knew fishing time would be much more limited.  So we went on the trip hoping to have some family fun with a chance of a bonus fish or two.

We traveled up in the early morning hours of Wednesday, December 16.  We arrived in Erie around 8 am and started the day with a trip to Poor Richard’s Bait and Tackle, which is always our first stop.  The guys there can give you some general advice about where to look for fish and what they are likely to bite on.

Next we did some scouting to find some good fishing spots.  We first went down to Trout Run to show the boys the steelhead that are typically stacked up in the creek near the mouth.  We hoped to do a bit of fishing in the lake there (trout run itself is off-limits for fishing), but there were probably 20 anglers already standing in the lake and nobody seem to be catching, so we moved on.

Our next stop was at Elk Creek.  We hiked over the ridge and down to the mouth of the creek.  I did some fishing while the boys looked for sea shells and other treasures along the shoreline.  The water was low and clear and there were no fish to be found.

From there we checked out Crooked Creek and Raccoon Creek. There were some anglers fishing the riffles upstream from the no-fishing area in Crooked Creek and reportedly were catching a few. However, the terrain was not family-friendly at all so I decided it was as spot for me to try later by myself.  We ate a picnic lunch at Raccoon creek and was surprised to find a few fish in the creek near the mouth.  However, they didn’t seem to be hungry for anything I threw at them. After lunch we headed to Homewood Suites at the Millcreek Mall complex where we had reserved a room.   I left Crystal and our four-year-old son there and left with the older two boys to check out spots on Elk and Walnut.   We found some fish and Landry and Camden each were able to pull in a steelhead by the time the day was over.  Both fish were caught on egg sacks.

The weather was unseasonably warm the next day just as it had been the day before.   I took the whole family down to the creek and by lunchtime Crystal and Landry each were able to land a steelhead.  Four-year-old Cullen had one on as well, but had to hand the rod off to me when his arms got tired.  All three fish were caught on skein. After lunch we headed down to the Tom Ridge Environmental Center for some educational time.  We watched a video about Presque Isle and climbed the tower to have a better look at the area.  We then drove out on the peninsula to get some views of the bay and Lake Erie. The weather turned colder on day three.  I took the older two boys out in the morning.  By 9 o’clock they each had caught one fish and were ready to get out of the cold.  I dropped them at the hotel and fished myself until just after lunch, landing two more, one of those on the fly rod.

In the evening we spent a few hours at the Splash Lagoon indoor water park.  It was a great experience for the whole family that we won’t forget anytime soon. By morning some lake-effect squalls had blanketed the ground with 2-4 inches of snow.  I got to the creek just as it got light and never saw another angler.  It’s hard to remember when I had a more enjoyable time fishing.  I fished until 9:30, landing six fish and losing several more.   After landing four on single eggs, I switched to the fly rod and landed two more on a nymph.

After lunch we made a very cold and windy visit to the top of the Bicentennial Tower before heading for home.

Rarely is a fishing trip successful without help from others, and this time was no exception.  As usual, the guys at Poor Richard’s Bait and Tackle were helpful in deciding what to use for bait.  Jack York’s web site and video channel contain great information for anybody trying to learn more about steelhead fishing.  Last but not least, thanks to the fly fisherman who gave us the tip to look for fish farther upstream, and also the one who shared a nymph and some fly fishing tips.  You made our trip a great one! 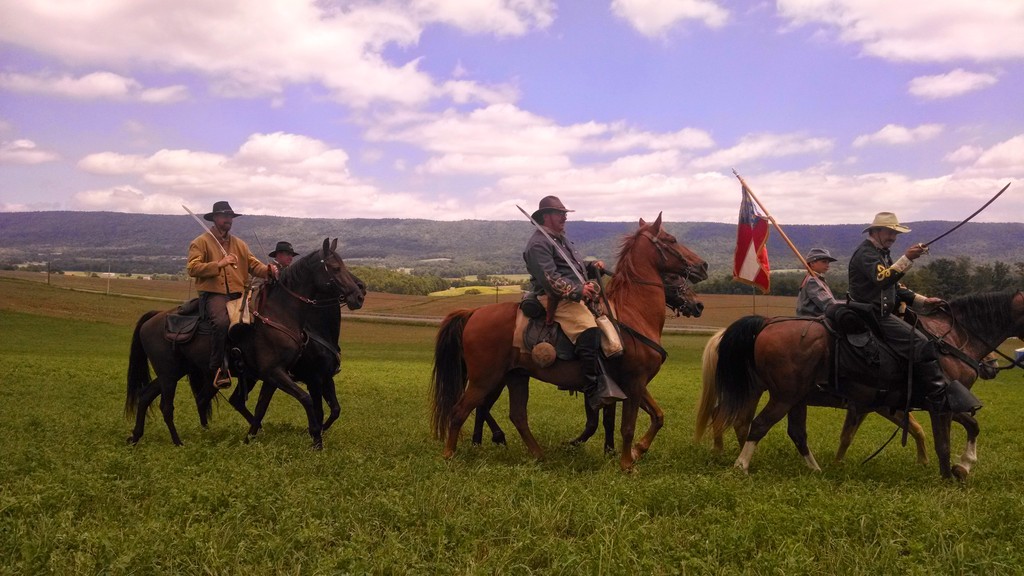 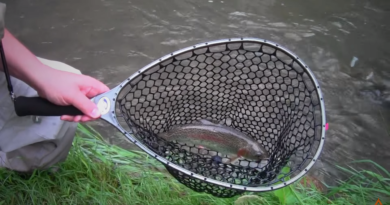 How to attach a trout net to your fishing vest 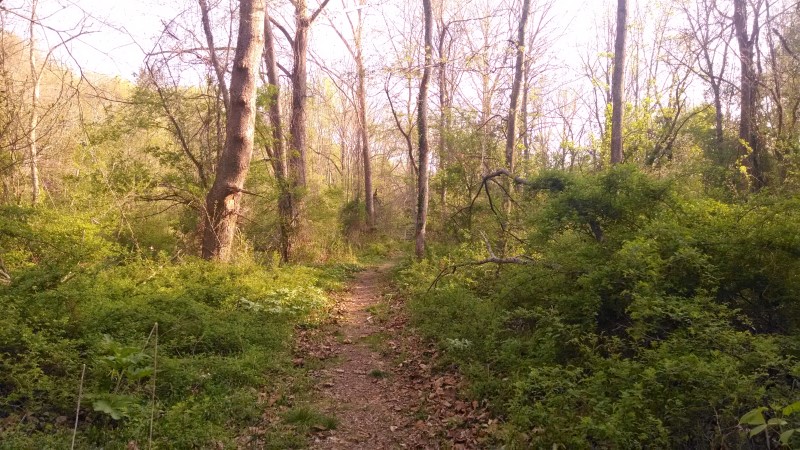