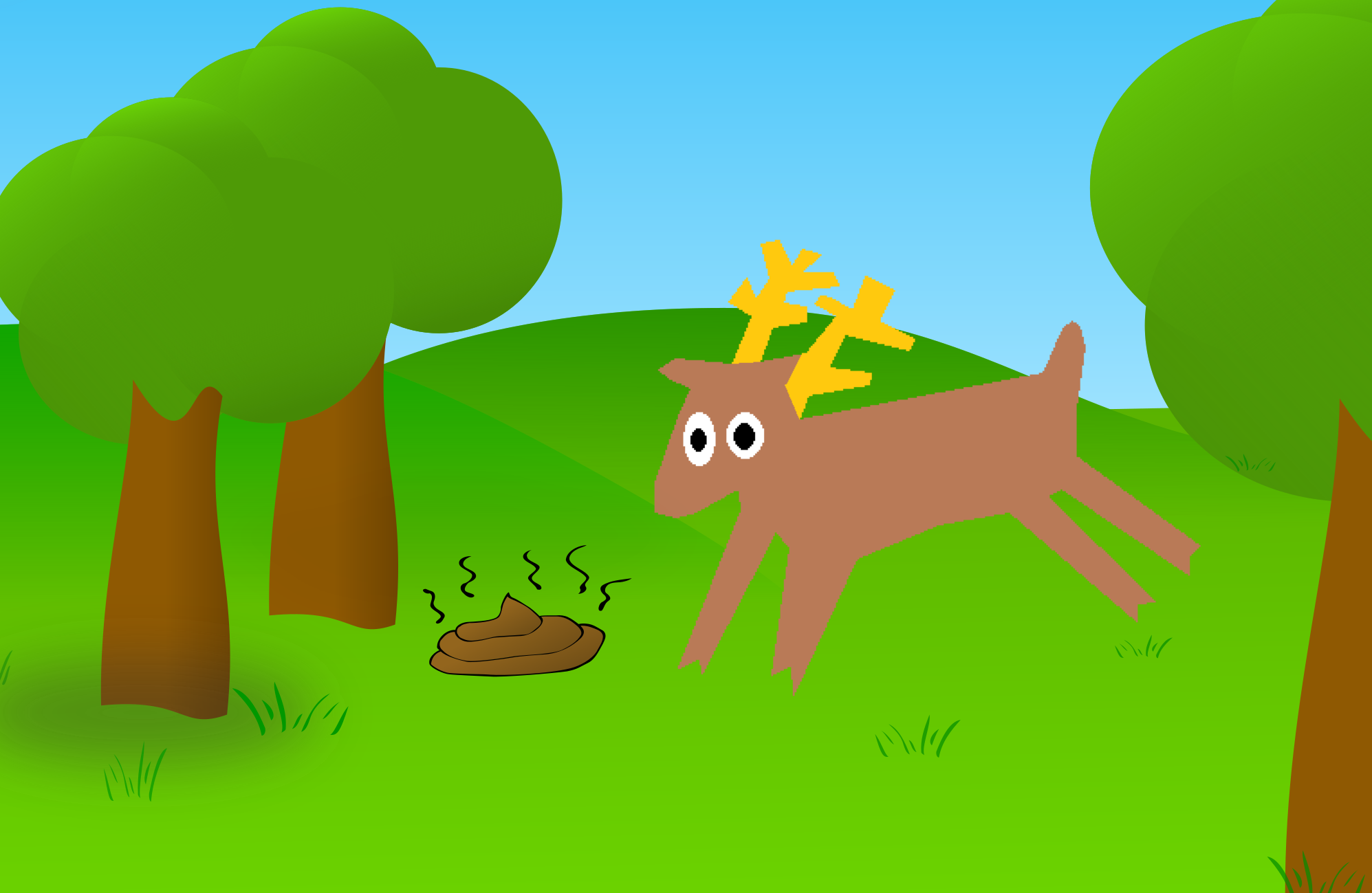 It was the the year 2000, and my brothers and I were nearing the end of a week-long archery hunt for whitetail deer in the state game lands of Kentucky.  We had seen only a few deer and none close enough to shoot. As the week progressed we noticed that most of the sightings were in one particular area, but since only one of us would hunt there at a time, the deer would always slip through out of range.  On Friday, we decided that all three of us would hunt that area, to ensure that at least one would get an opportunity to make a kill.

The “hotspot” consisted of two thickets, separated by a dirt trail usable by vehicles and a strip of hardwoods. One of the thickets had small saplings and brush, and the other a field of tall weeds. In the morning the deer would leave the saplings, walk across the trail and through the hardwoods, and finally disappear into the weeds. There they could remain safely hidden.  Our strategy was to make sure any deer crossing through the hardwoods would be within range of one of us. We took positions about 20 yards off the trail and about 50 yards from one another.

By the time the sun came up, all three of us had our climbing tree stands locked in place and were ready for action.  All was quiet and uneventful until about eight o’clock. At that time, I eased out of my seat and stood up, expecting deer to begin moving through. Moments later, I began to hear a clanging noise coming from farther down the trail in the direction of Ty’s stand.  Two hunters came into view.  One had a tree stand strapped to his back, and the other was carrying a folding stool used for hunting from the ground.  I stared in disgust as they walked noisily past Ty and continued down the road in my direction.  I couldn’t imagine what bow hunter would be foolish enough to be walking around the woods at this hour when deer are typically on the move.

When the two men reached the point on the trail that was directly in front of my stand, they stopped.  After talking to each other in whispers for a few minutes, one of them continued down the path toward Merv’s stand while the other removed the stand from his back.  I waved at him from my tree to let him know that I was there, but he did not notice, even though I was in plain sight just 20 yards away.  However, he did not begin to set up his tree stand as I expected he might, but instead lit up a cigarette.  I shook my head in disbelief.  A perfect morning, a perfect spot, and another hunter was sitting in my shooting lane smoking a cigarette.

I stayed silent, not wanting to scare any deer within earshot, and hoping the hunter would finish his cigarette and move on.  No such luck, for he had other business to take care of as well.  Taking a quick look in both directions, he lowered his pants and began to squat beside a bush in plain view.  Desperately wanting to get his attention without frightening any deer that might be lurking nearby, I whistled.

The hunter jumped to his feet and pulled up his pants in the same motion, his head turning from side to side as he looked to see who might be nearby.  I waved my hand again, but his gaze never traveled far enough up the tree to see it.  Grasping his pants to keep them from falling down, he stepped into the trail and took a long look in both directions.  Seeing nothing, he shrugged, returned to the bush, and resumed his squatting.

Restraining myself to keep from laughing, I  whistled again.  This time, the hunter paid no attention, apparently satisfied that he was surrounded only by wildlife.

Meanwhile, the other hunter had reached the spot in the trail that was directly in front of Merv and had sat down on his folding seat to wait for deer.  Like me, Merv waved his hand to try to get his attention, but the hunter would not look up.

Meanwhile, I could see Ty was having some excitement of his own. He was standing up in his tree stand and was watching some movement in the small saplings.  Less than 60 yards away from the foul smell below my stand, three deer were making their way toward the hardwoods.  Just as my visitor was pulling up his pants, Ty let an arrow fly at one of the deer.  It ran a short distance and toppled, and the two remaining deer fled back into the saplings.

Although both the arrow shot and the running deer were audible to me, the man below me still paid no attention.  He once again strapped his tree stand to his back and continued down the trail in the direction taken by his partner.  He was just out of my sight when he met the other hunter, who had finally spotted Merv in the tree stand above him, and both of them reappeared and retraced their steps back up the trail.  They again walked past Ty and me, and this time a deer lying on the ground as well, and still noticed nothing.

The hunters were nearly out of sight when my eye caught some more movement back in the saplings.  The two remaining deer were on their way back!  I readied my bow and waited a few tense moments until the larger of the two deer gave me a clear shot at 30 yards; then I drew and released the arrow.  My shot was high and struck the doe in the spine, dropping it instantly.  The smaller deer circled and then made its way toward Merv.  Minutes later, he shot an arrow as well, but unfortunately it struck a twig and missed the target.  The deer ran into the saplings and this time didn’t return.

We stayed in our stands a while longer, exchanging a few words and some hysterical laughter using our two-way radios.  When we were satisfied there were no more deer in the area, we gathered our kills and headed back to the house, chuckling all the way.